Embroidery - from The Bayeux tapestry to Henry Fonda

Embroidery in various forms has existed as long as man has been able to produce fabric. Today embroidery is practised all over the world, but it is believed that it has its origin in China and the Near East. The word embroidery comes from the French word broderie meaning embellishment.

The earliest finds of embroidery in Sweden are from the period around the 9th and 10th centuries, which coincides with the period that we call the Viking Age. It is however two centuries later, around year 1000, that the development of embroidery in Europe really takes off. In this period the Christian church really started to grow and royalty gained power in many countries. To demonstrate their power and wealth, richly decorated garments and ornaments in the form of wall hangings and tablecloths were commissioned.

The Bayeux tapestry depicting the Norman conquest of England in 1066 is one of the world's most famous works of embroidery and is a product of this period. The tapestry measures 70 m x 50 cm, is embroidered with stem stitch and double couching on unbleached linen and is thought to have been embroidered in 1076.

What we today call tapestry originated around the year 1800, when it became popular among women in upper-class environments to embroider small images. These were often oriental motifs featuring plants and flowers and were inspired by the goods brought back to the West by the East India Company.

Around the year 1900 embroidery had spread from being the preserve of the upper-class and became a pastime of the people. Mail order catalogues and pattern papers led to patterns and techniques being widely spread, and embroidery were no longer done on expensive silk but on coarser and cheaper materials. Most hangings now also featured a short text in the form of proverbs, sayings or scriptures in combination with a pattern that formed the frame.

Embroidery has historically been done mainly by women, however, this has not prevented some famous men from finding rest and relaxation in embroidering, or "painting with thread" as some call it. Actor Henry Fonda revealed in an interview that his favorite hobby was embroidering. Between shots when filming, he sat and embroidered satin stitch in order to relax and pass the time. Another gentleman embroiderer was Gustaf V, king of Sweden between 1907-1950. He relaxed by embroidering flame stitch. It was a very unusual employment among men of their generation, but this did not stop Cowboy Henry's nor King Gustaf's devotion to the noble art of embroidery. They are both evidence that embroidery is something for everyone; young or old, poor or rich, famous or unknown - the only thing needed is a needle, thread, fabric, and a spare moment. 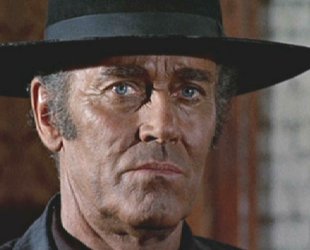 Check out our cross stitch patterns!

Select from our inspiring collection of embroidery patterns and design your own tapestry!